It's been a couple of weeks since I have posted so this is a photo heavy post.  First off let me start with some quilting stuff.

My dear friend, Janet sent me some Civil War scraps and I cut out 132 more bow ties for my quilt to use as leaders and enders.  Thanks so much, Janet this gets me closer to my goal of 1080 bow ties. 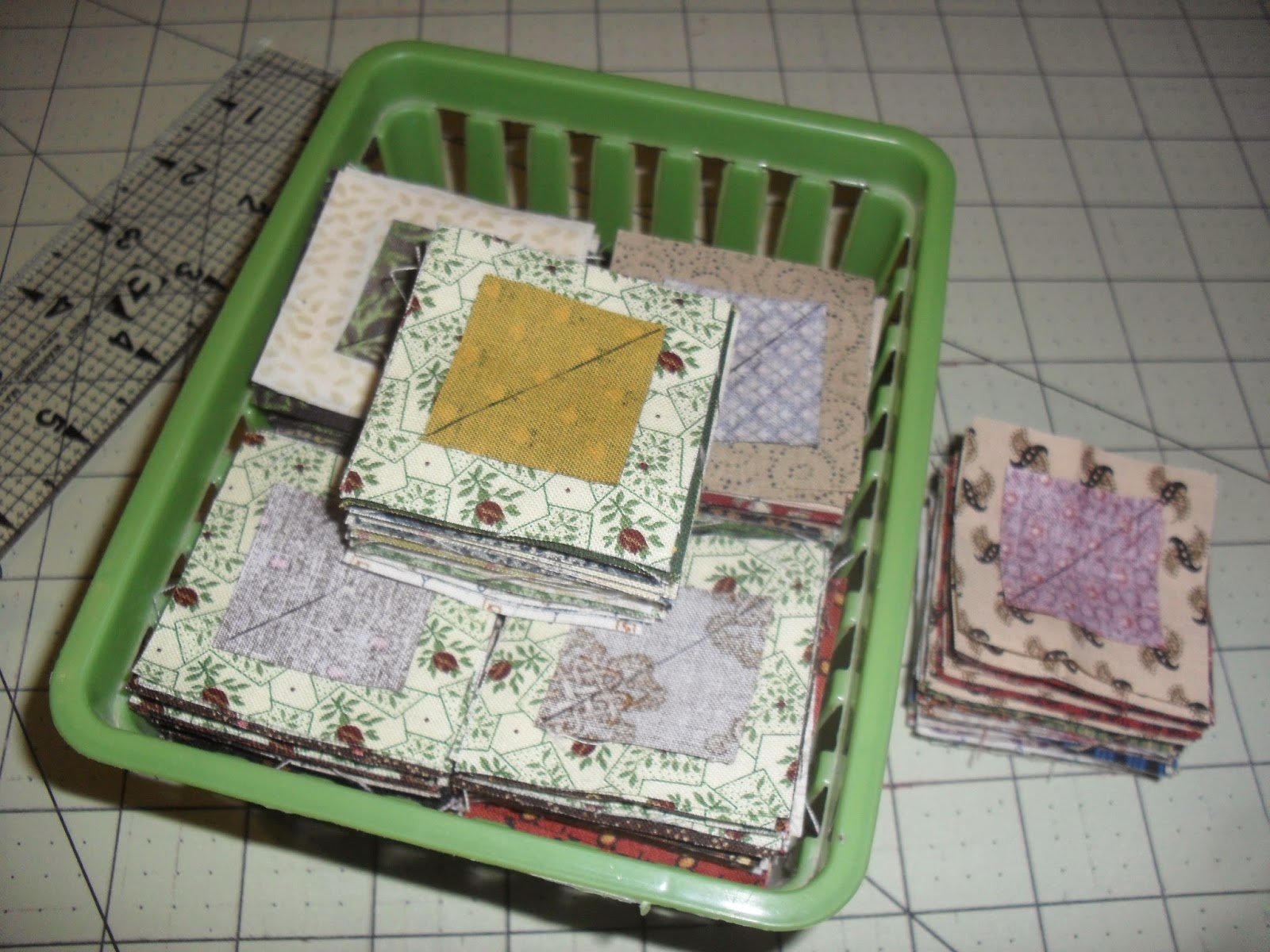 I had a birthday back on March 9th and had a wonderful day with my family.  Richard and my boys were teasing me about being 108...not 42, so look what they put on my cake.  Love them all so much. 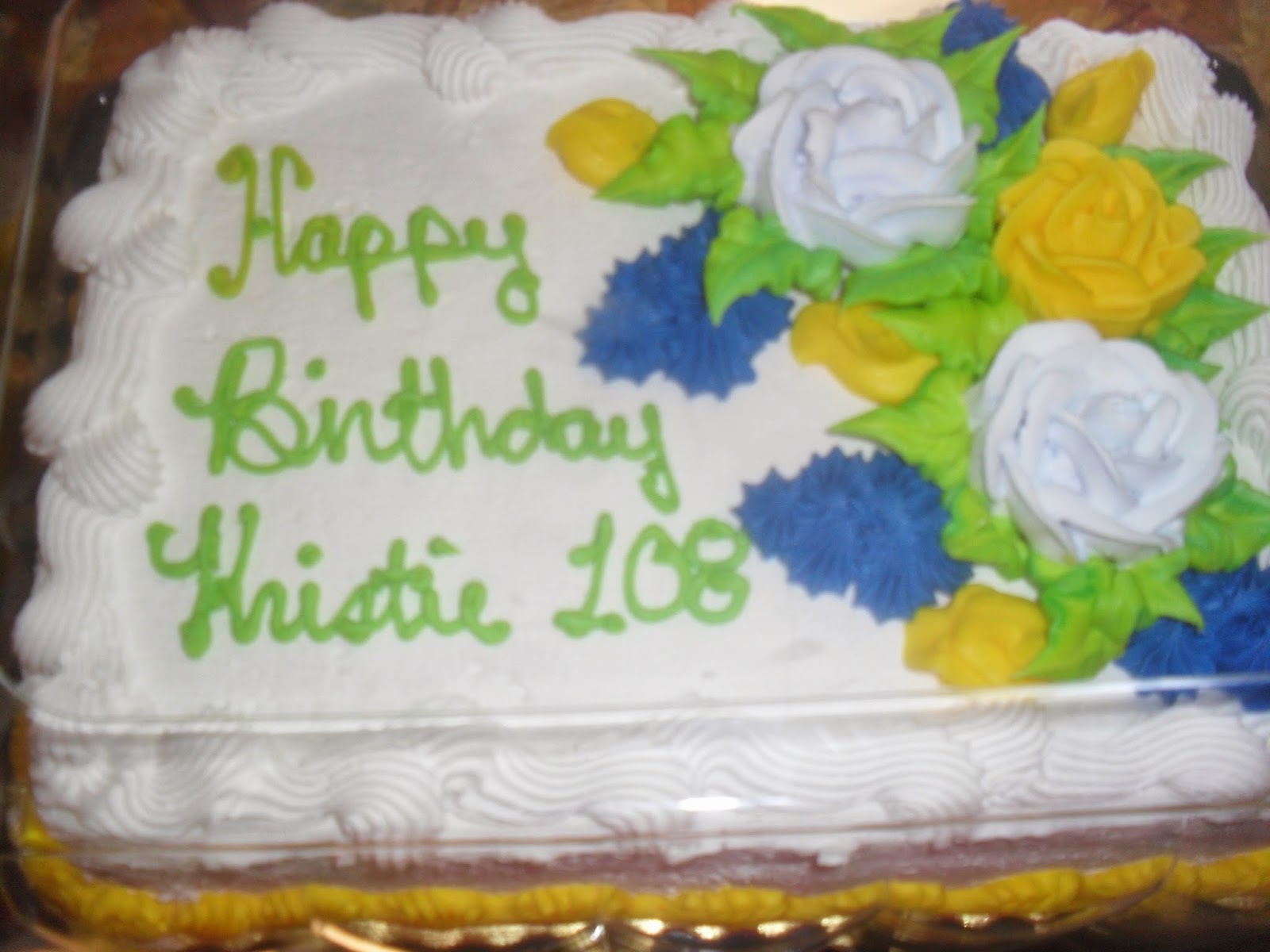 My mom and sister came by and brought me a chocolate cake!  So I had plenty of cake.  I also had a nice call at 2am from my brother.  When I answered the phone (in the middle of the night) he started singing "happy birthday" to me.  :) 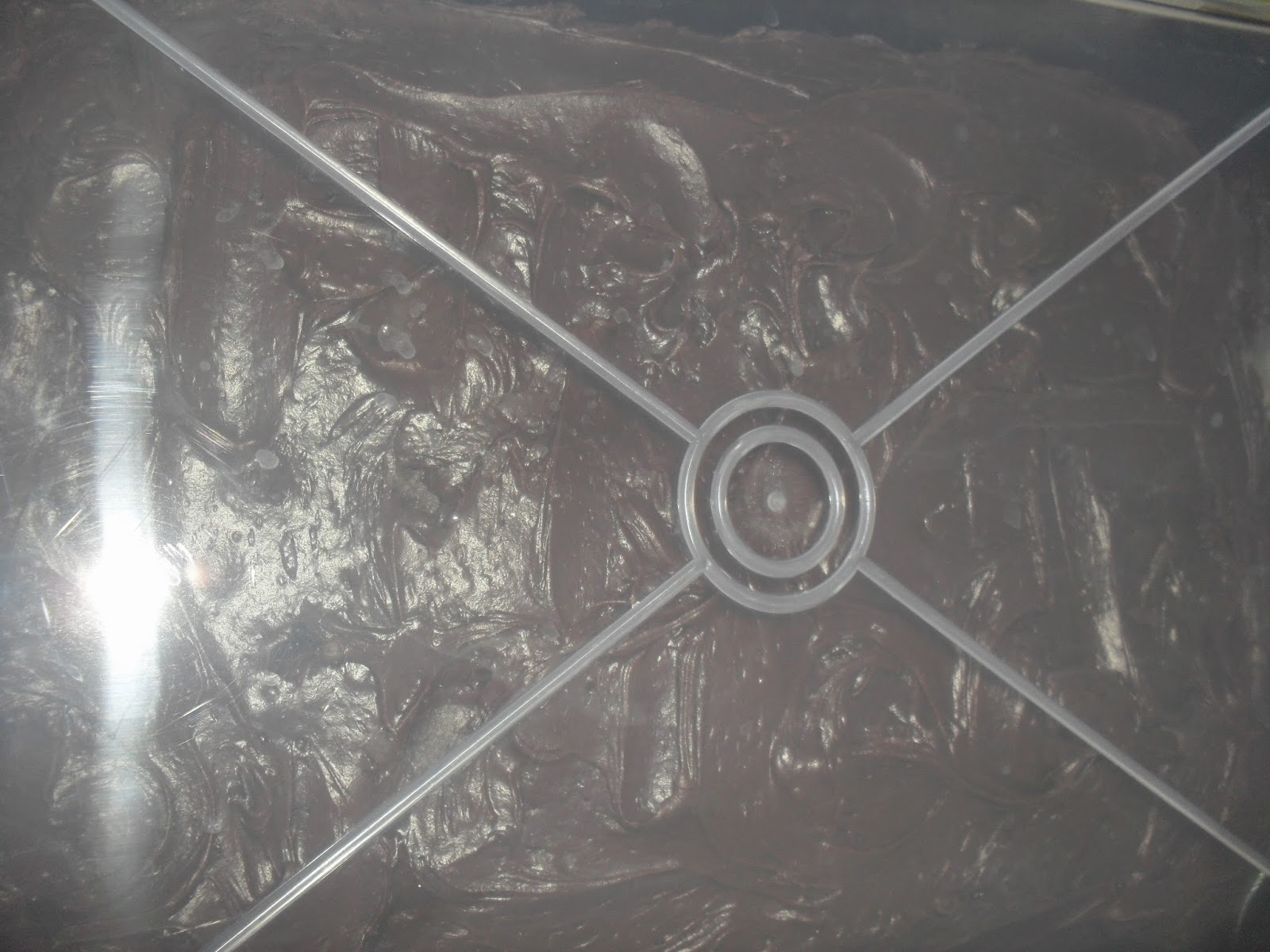 Most of you all know that I love to can food.  I bought a bunch of chicken and some bratwurst on sale the other day so I canned them up for ready made meals.  This really helps me out, not only on the grocery bill by being on sale but also since everyone here is on different work/school schedules.  We don't always get to eat at the same time so this way we can grab a jar, heat it up and eat!

14 quarts of Spicy Mexican Chicken Soup.  I added some potatoes and red pepper seeds as my guys like it hot. 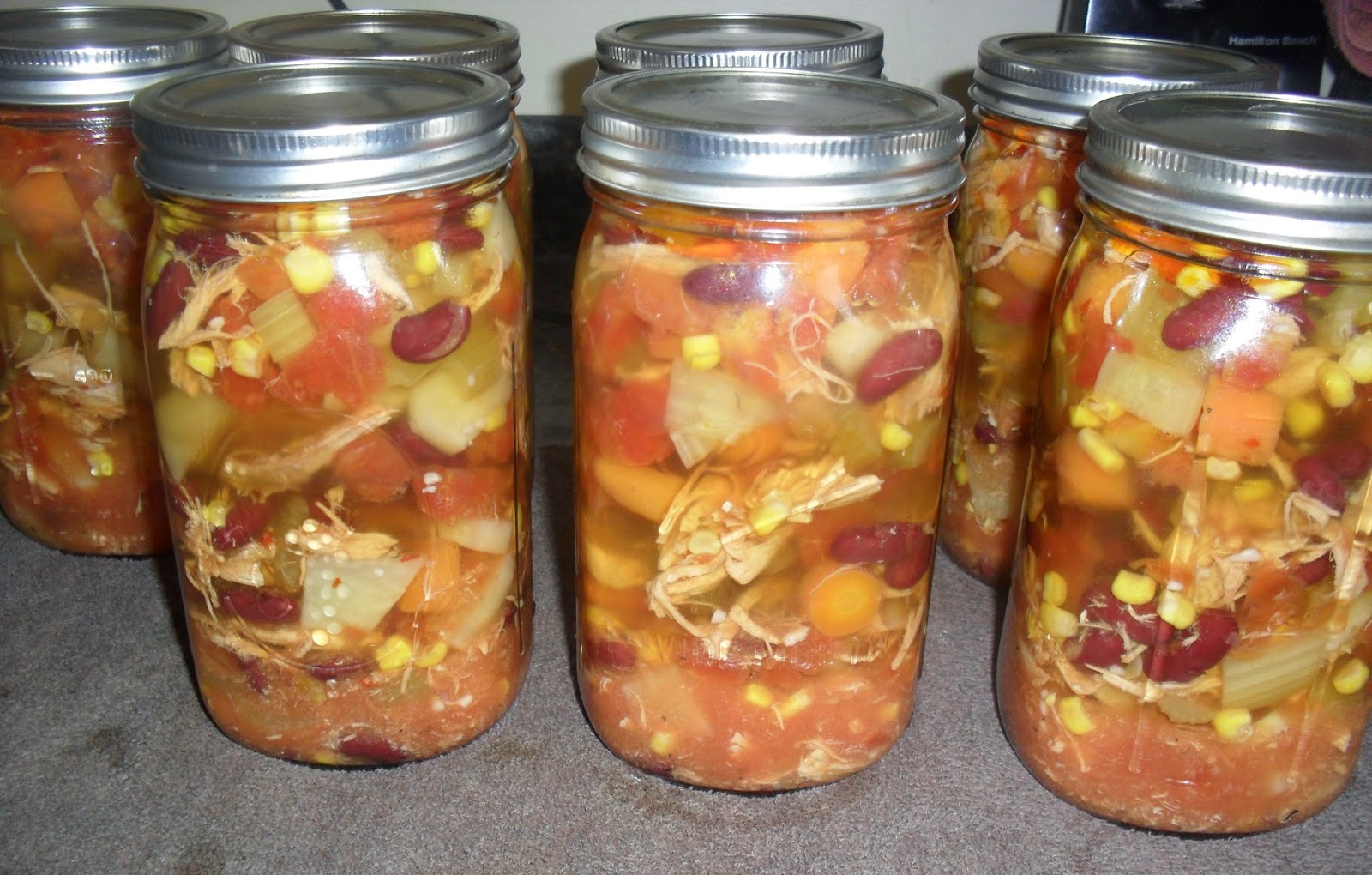 I also canned some cooked chicken.  I will use this for chicken casserole, chicken salad and stuff like that. 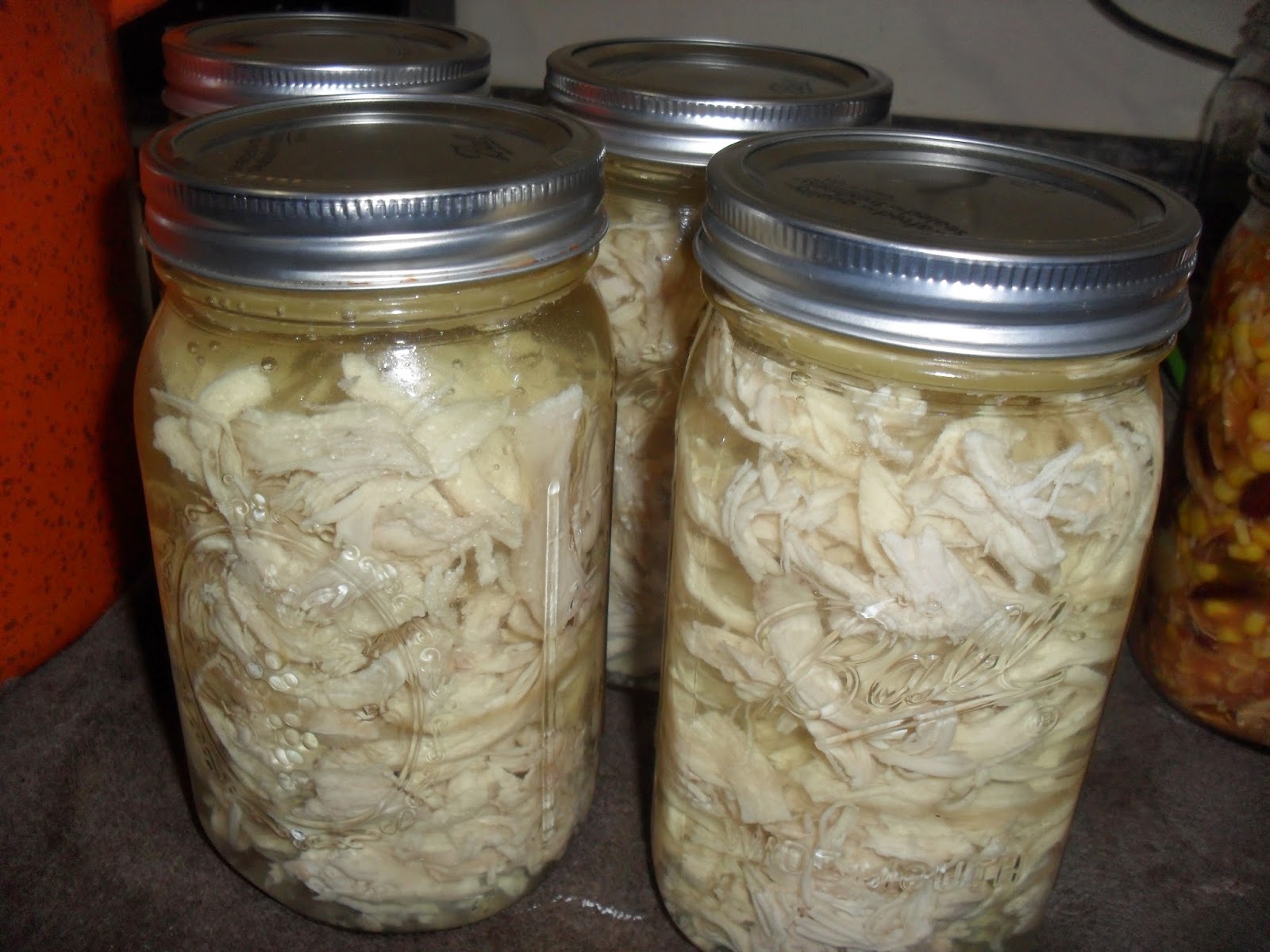 And some bratwurst!  My boys laughed at these as they said it looked like a "science project gone bad!"  This was actually before they went in the canner.  I browned them in the oven and put 5 to a quart jar.  Pressure canned them at 10 lbs of pressure for 90 minutes.  Afterwards, they have a little bit of their own juice in the jar.  They have already eaten a jar of these.  They taste really good. 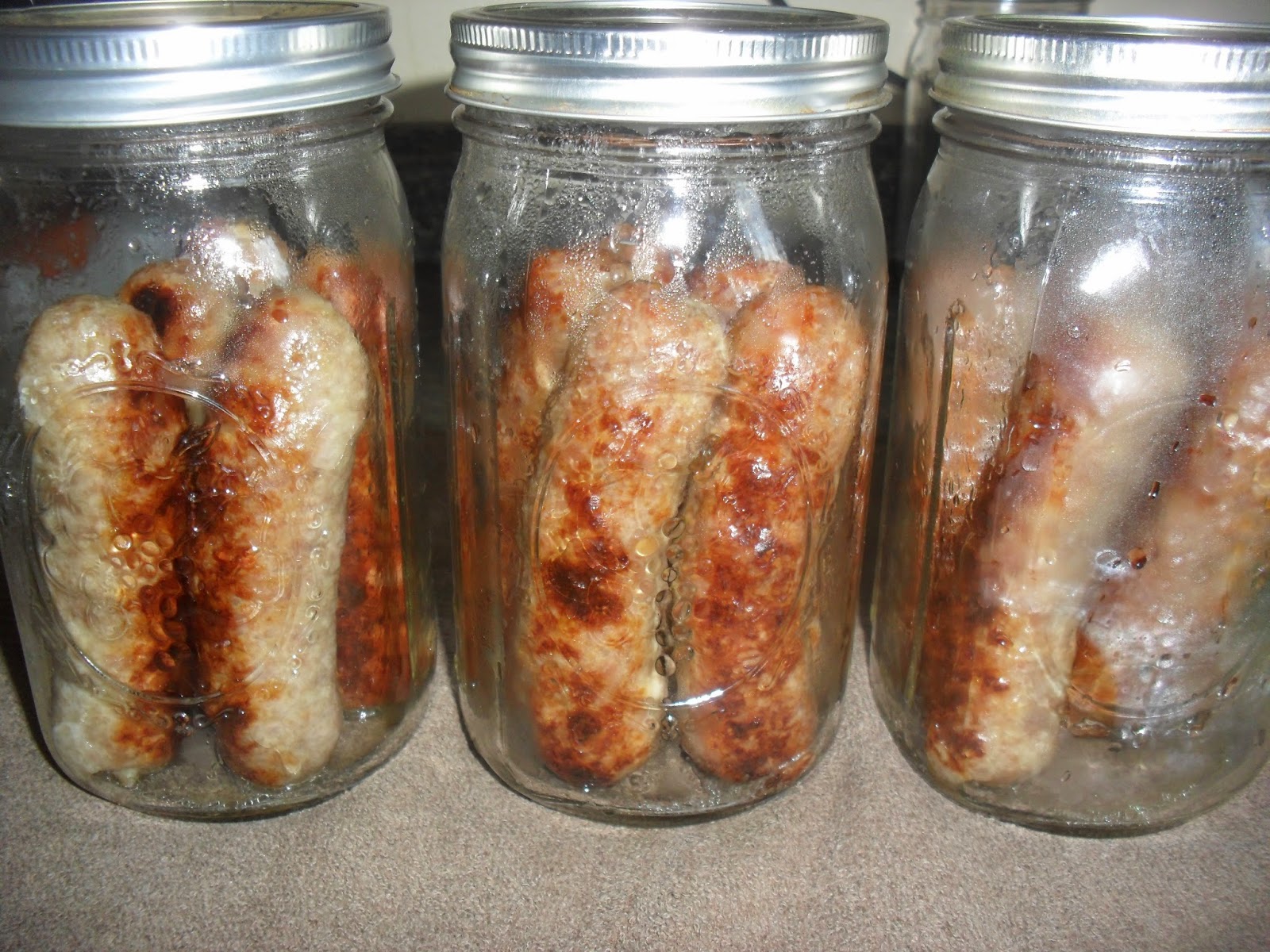 I feel like I have been having some issues with my ADD lately.  I keep jumping from thing to thing and very little seems to get done.  Well...I'm posting photos of things that I did get done but my house is a wreck!  LOL!  So....I got on this scarf making kick and I have made a zillion of them.  :)  I've actually sold a few of them.  They are fun and give me something to do to keep my hands busy when I don't feel like quilting. 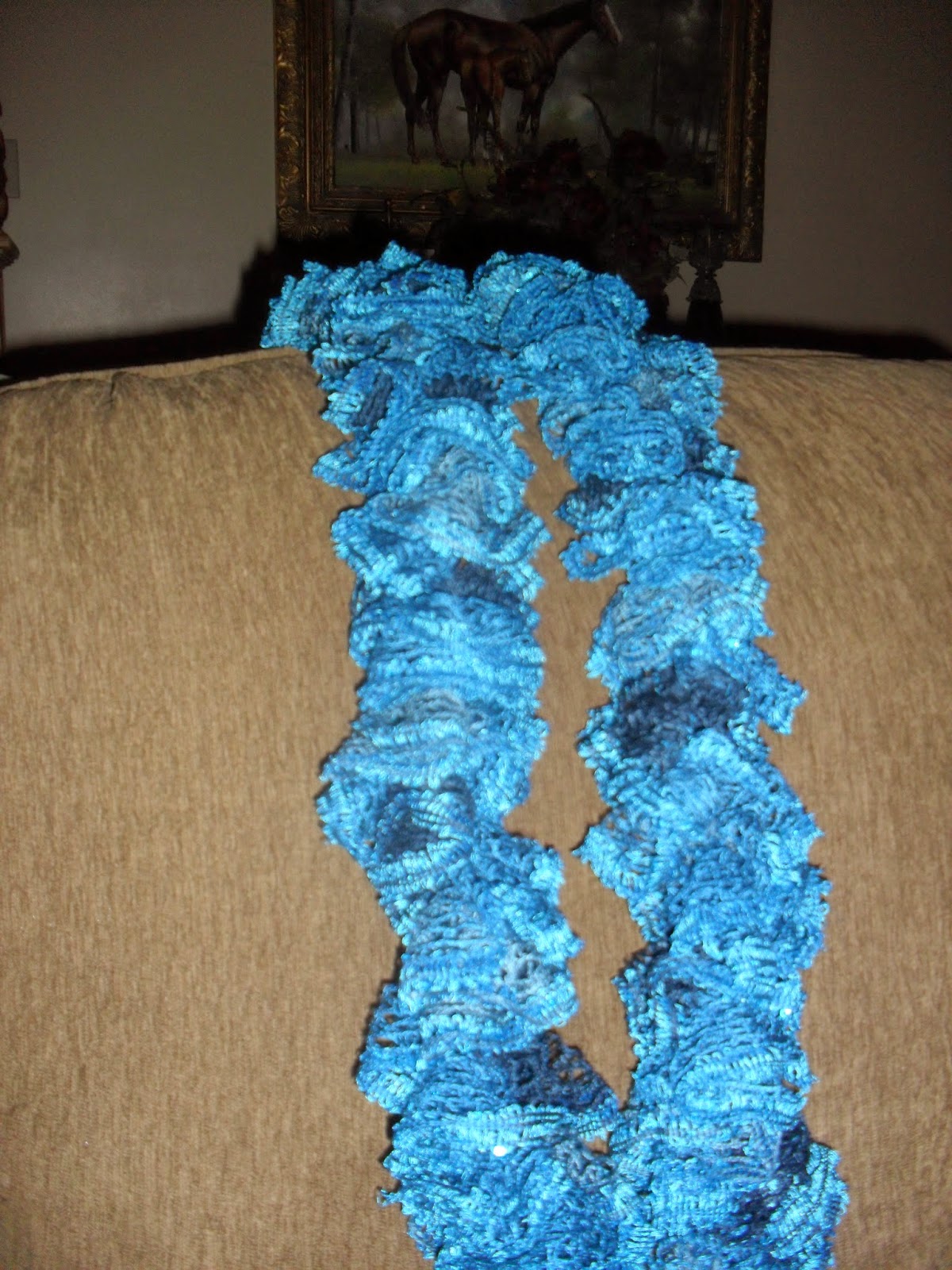 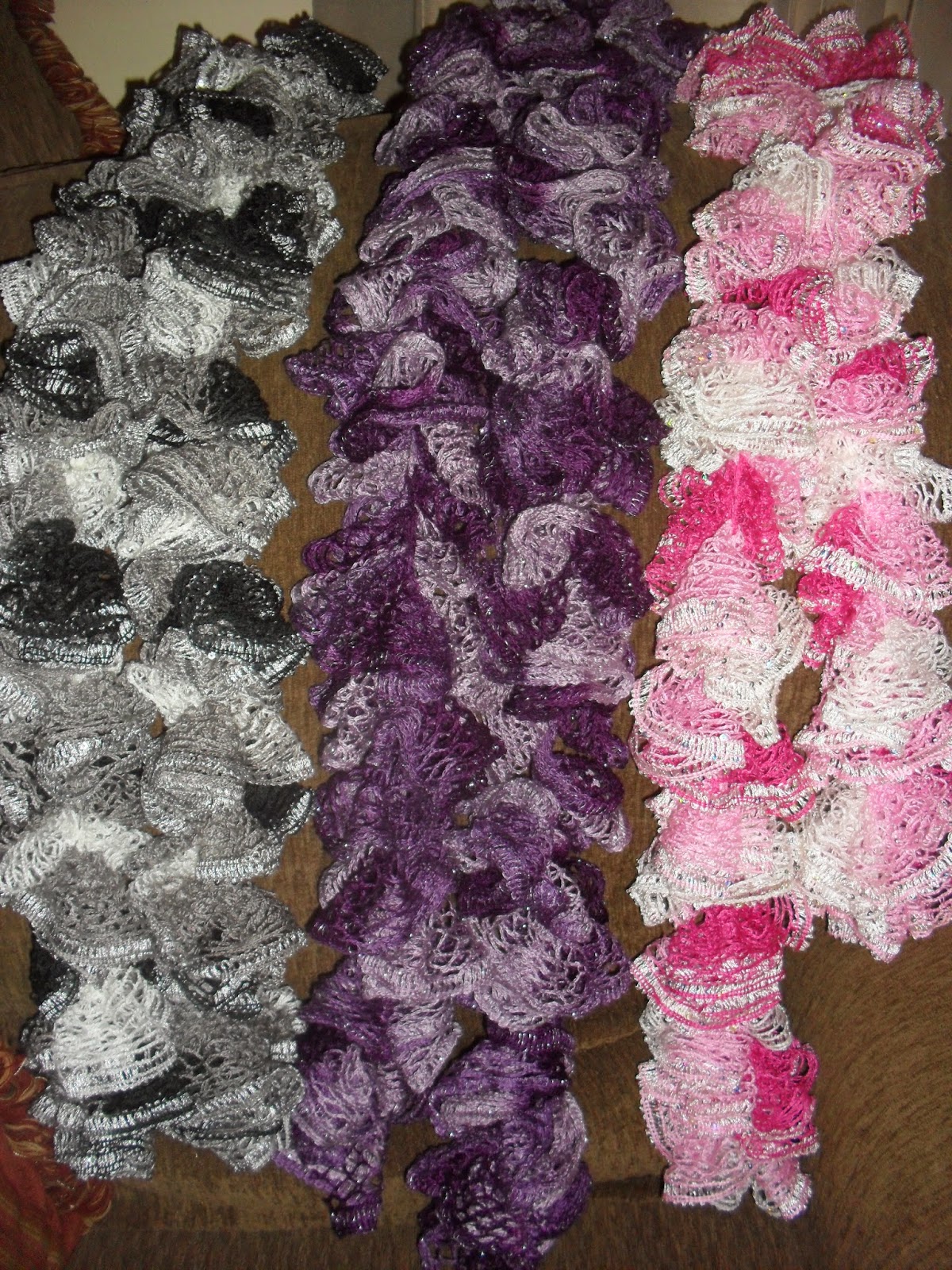 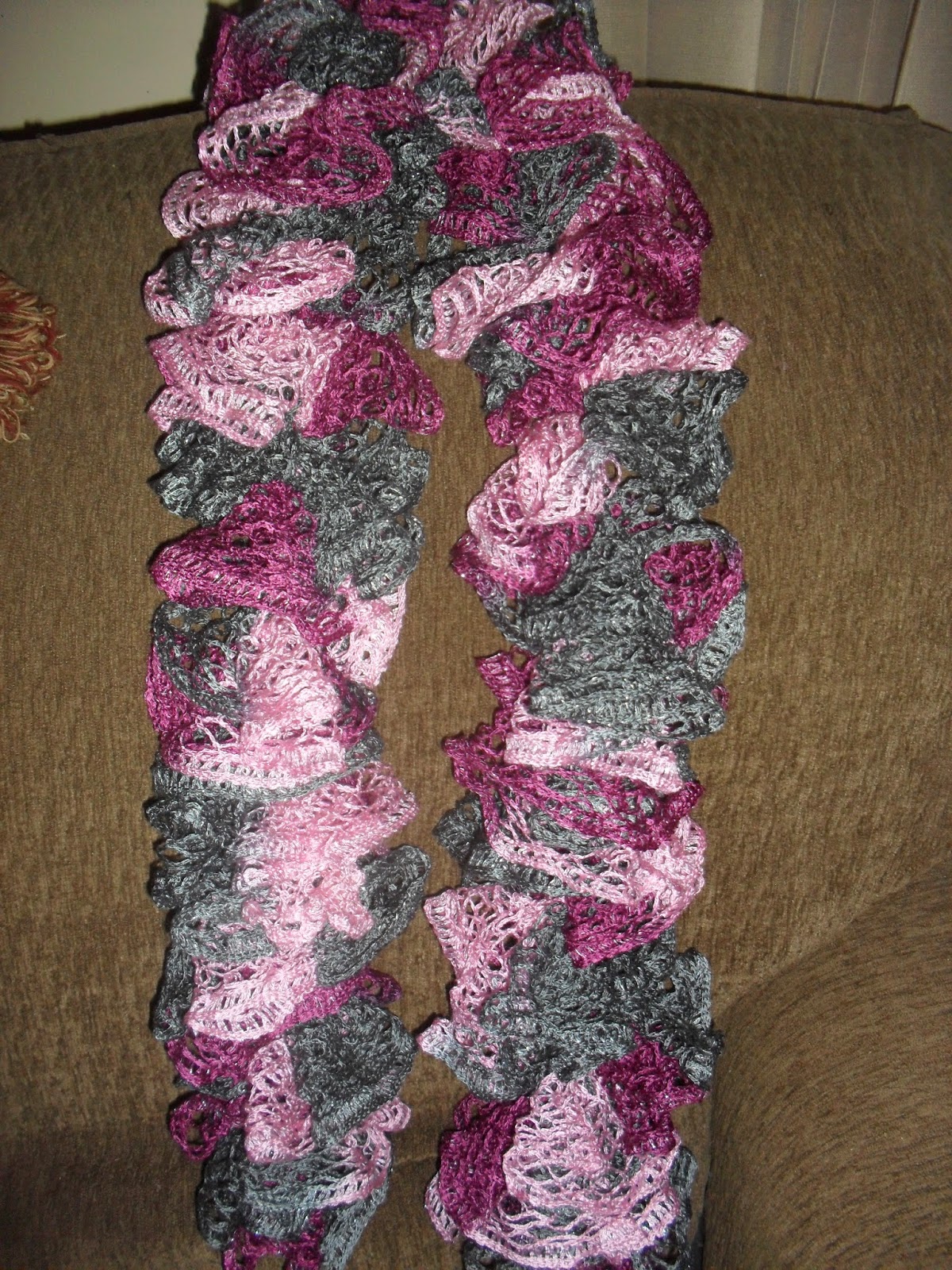 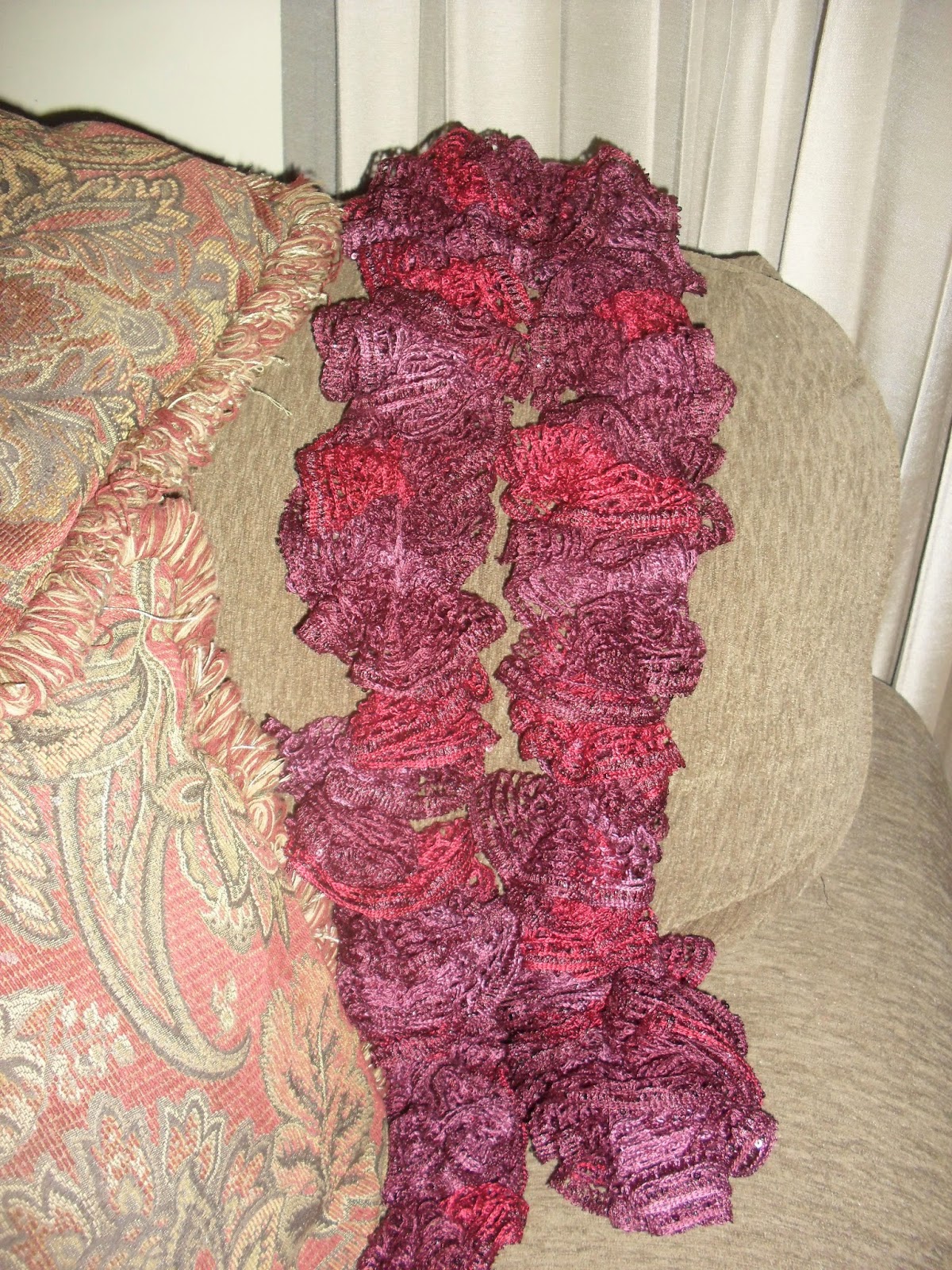 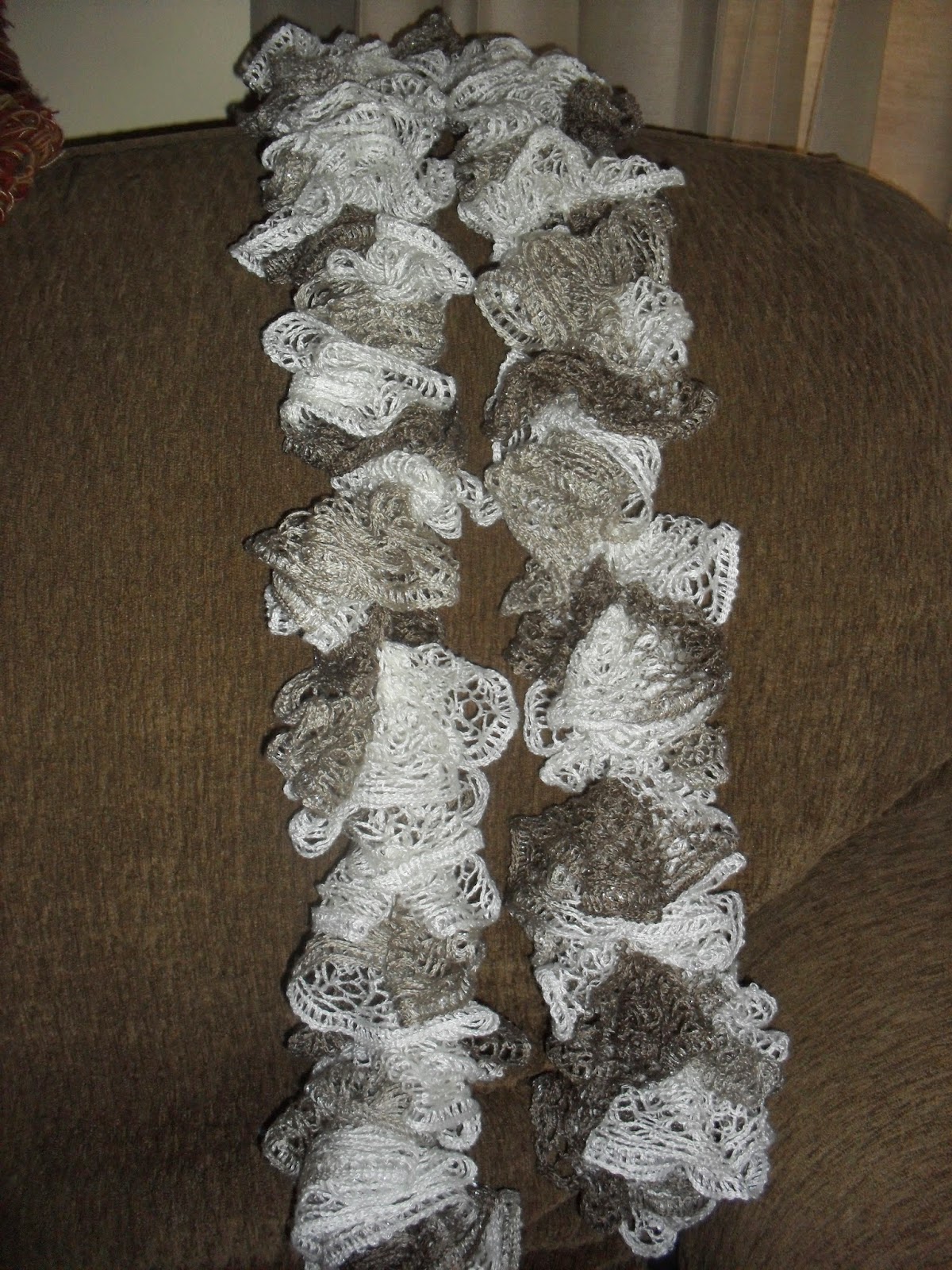 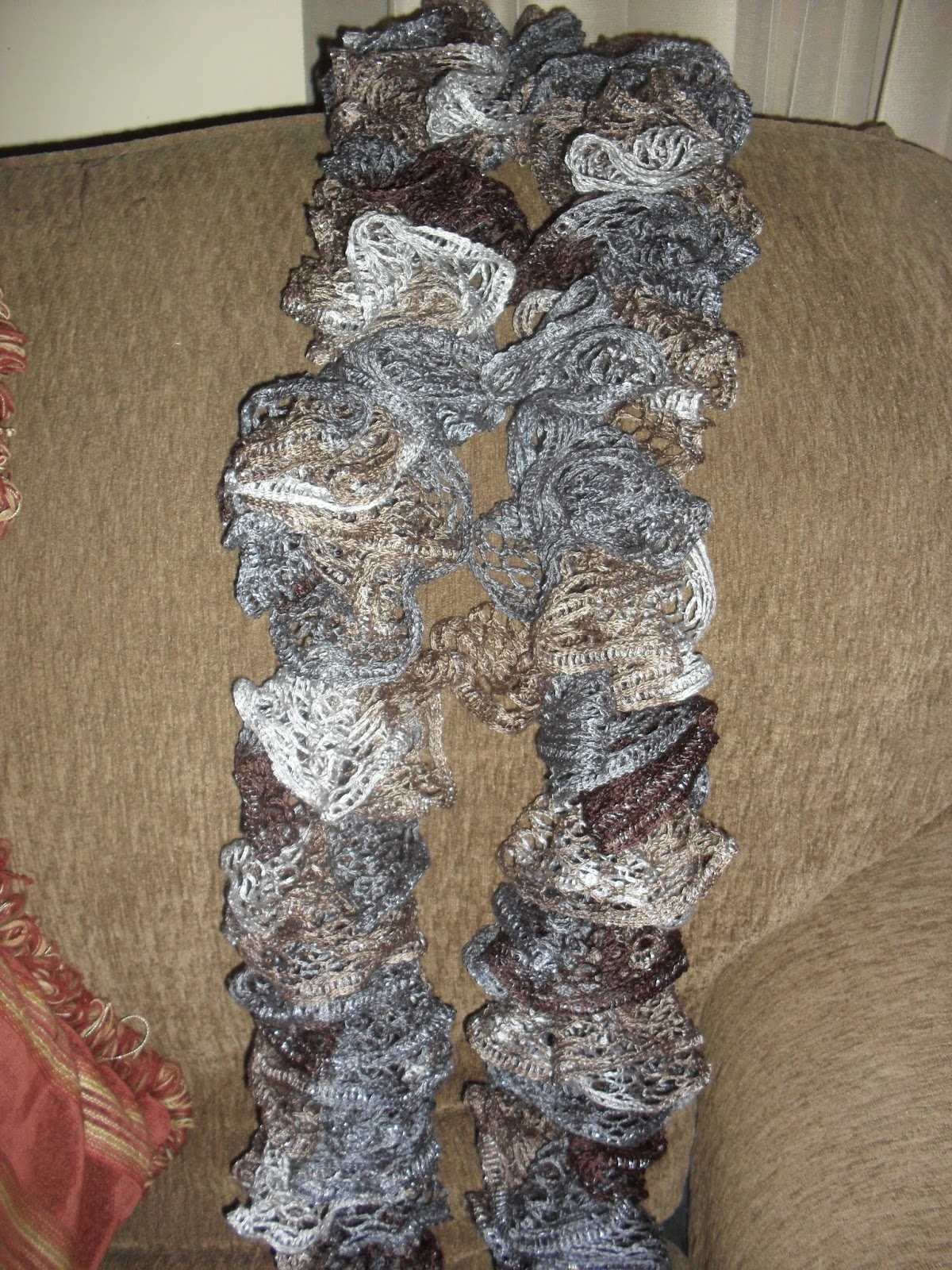 Almost finished, if you are still reading.  :)  This is Hunter's "selfie" that I found this morning.  He was waiting on the bus...THAT DID NOT COME. 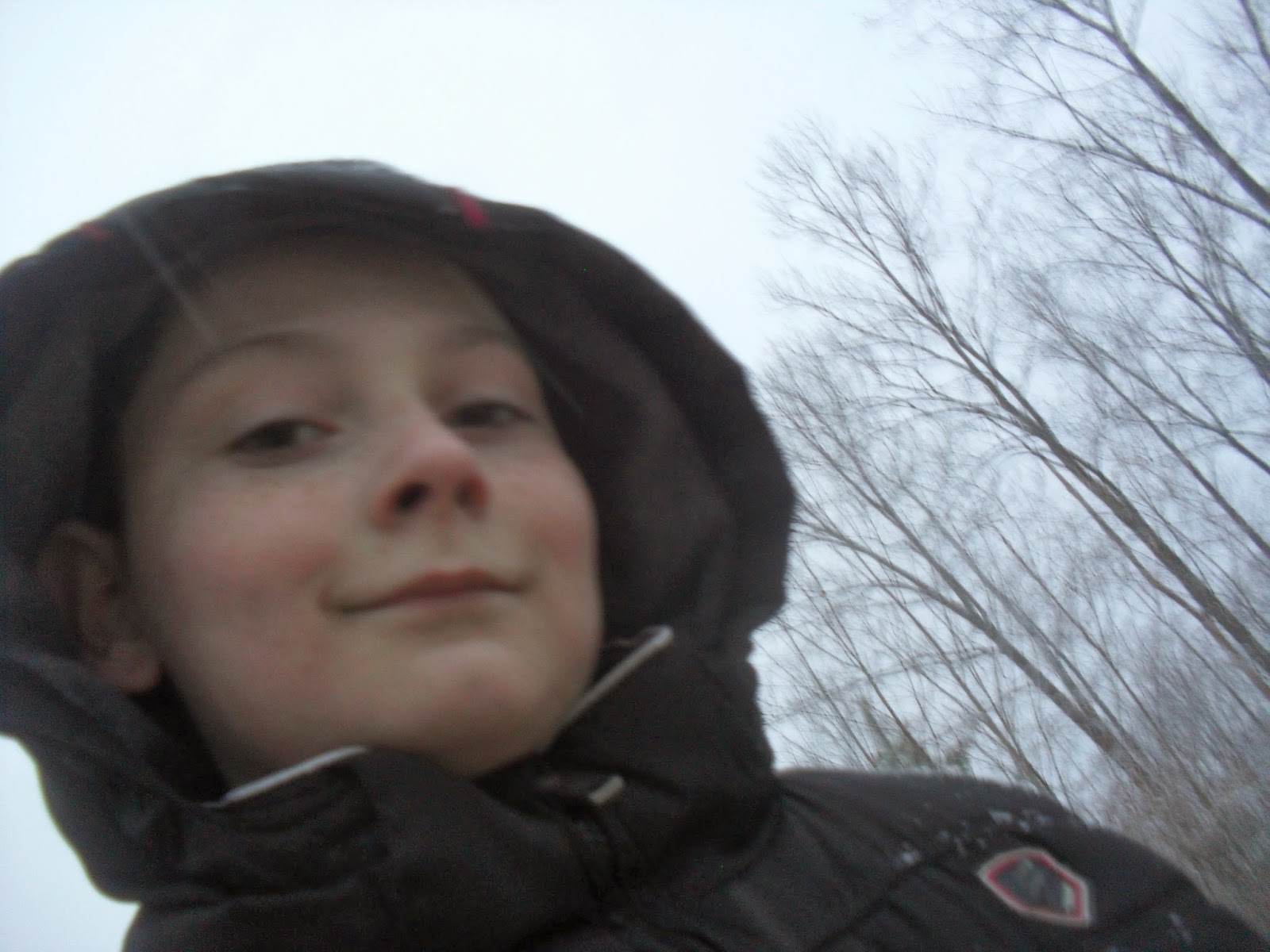 I called the bus garage to see where the bus was and they said that the bus driver said, "the road was covered with snow and too dangerous to drive on"  How dangerous does that look?  :(  I will not go into details but I was not pleased as this was NOT the first time this has happened.  So...I had to wait for Richard to get home from work this morning as he works night and I took Hunter to school.  He was late!  :( 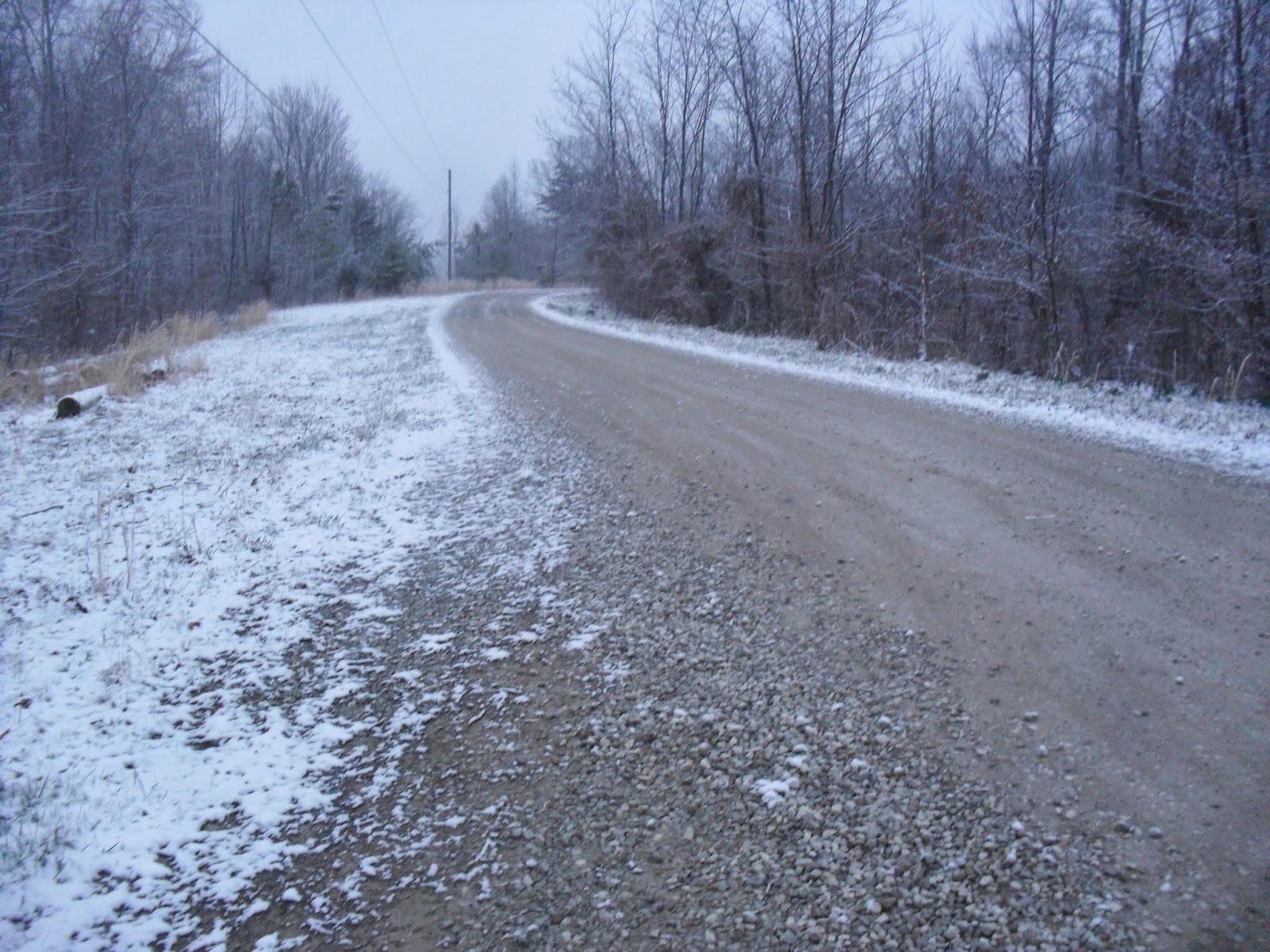 Also this next photo is a long story but this is a photo of the front of my house as of this morning... 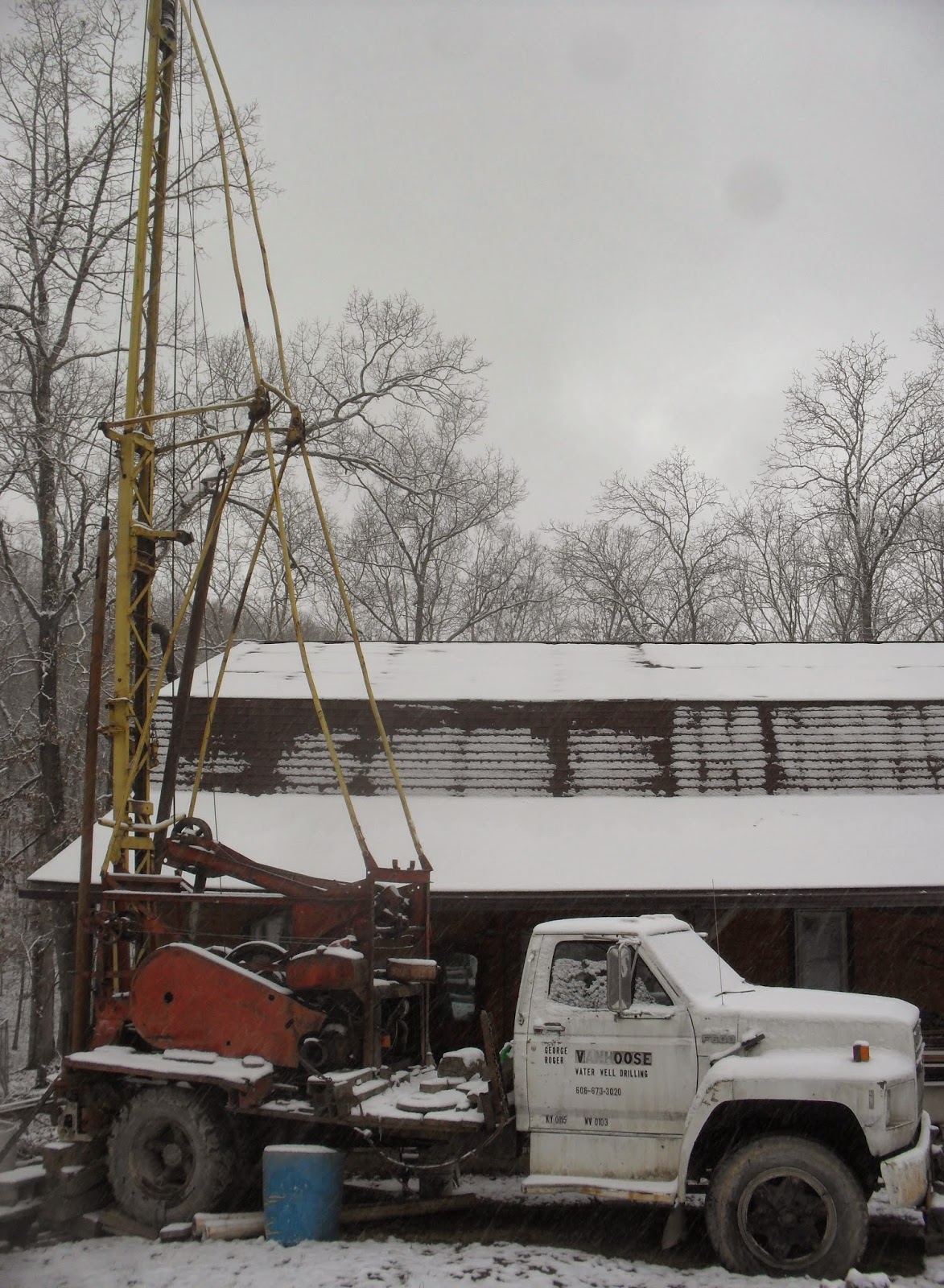 Having to get a well drilled.  Our well went dry and the bottom caved in.  Yep....no water for a very long time. Good thing I am a country girl as we've had to pack water in and go to my mom's or sister's house to shower.  Very inconvenient but it is life and life goes on.  :)  At one point we even brought snow in in buckets to melt to flush toilets and such.  :)  That was when the weather was horrible.  LOL!

That's all for now...I'll be back in a few days
Kristie

It has been a long day.  This morning we lost one of our goats, Cocoa.  She was our favorite and it has been really hard on Hunter as they were play buddies.  :(

Here is my progress so far on my Anchor's Aweigh quilt.  I stretched out the first 4 rows on Andrew's bed to see how it would fit.  I am pleased with how it is turning out. 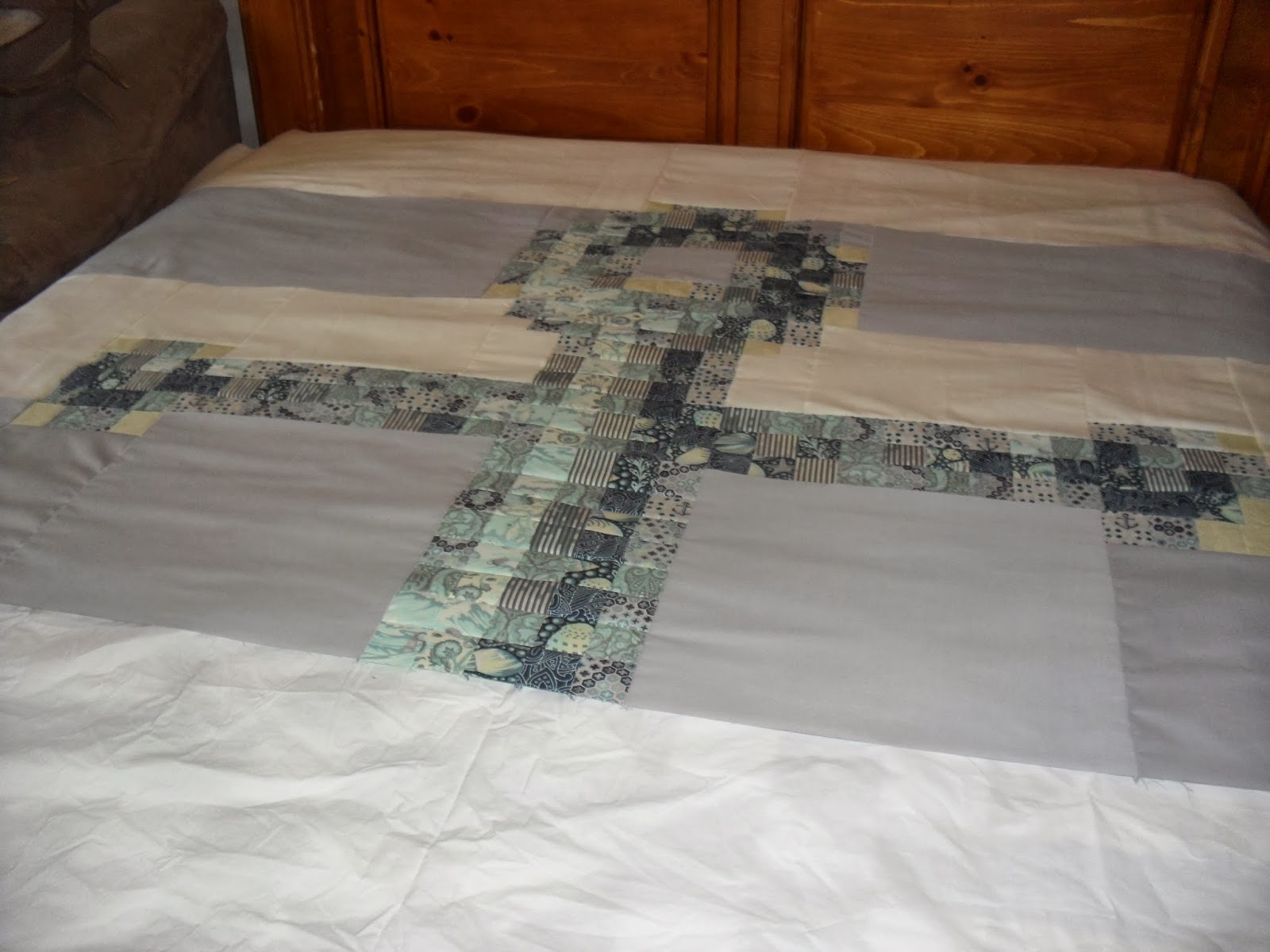 Here are rows 5 and part of 6 up on my design wall.  It is 1am so I figured it was time to stop for the night. 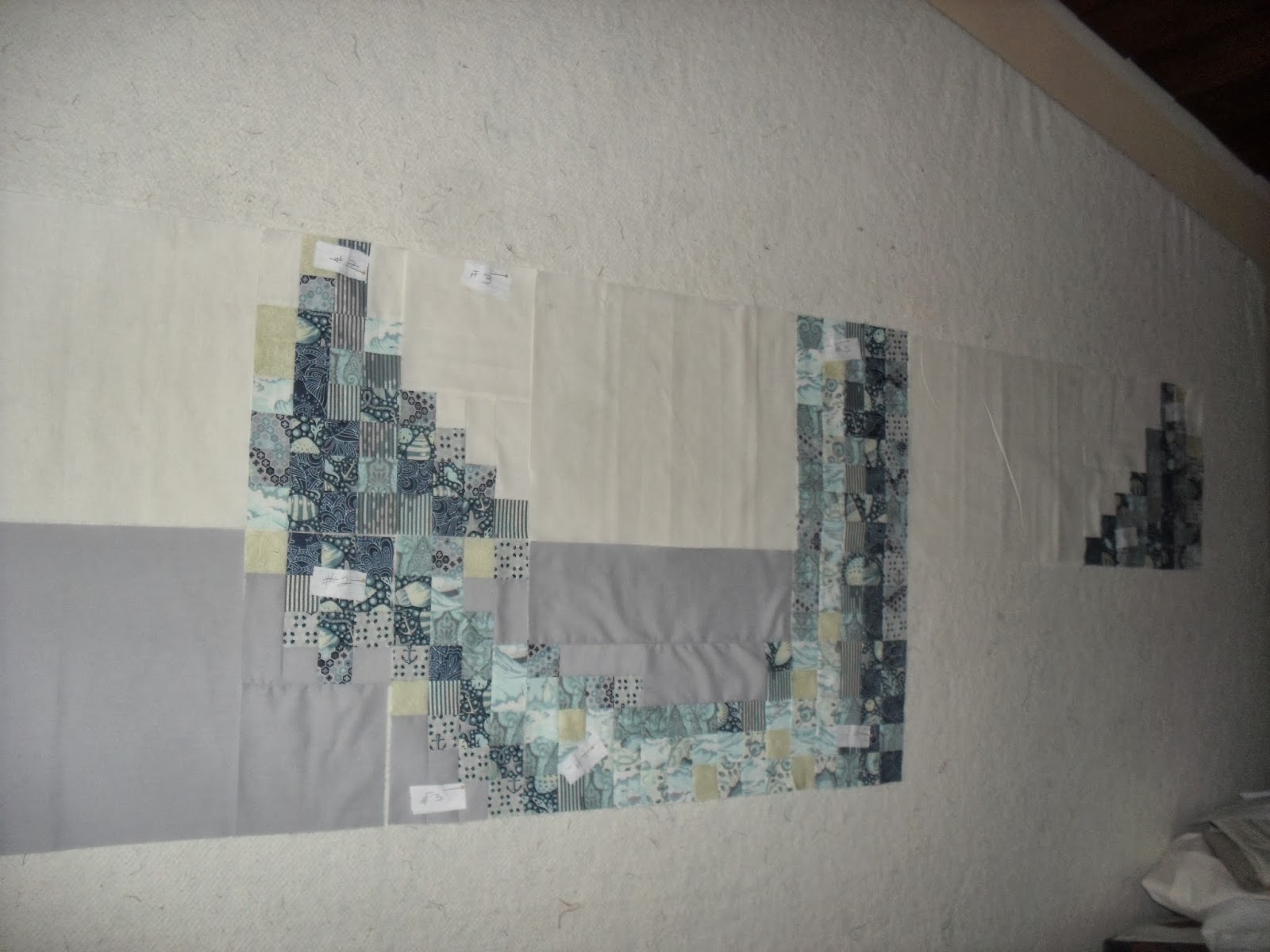 I hope to get all of the rows finished tomorrow and ready to sew them together.

While working this, I have several bow ties finished too.  I've made 42 for the month so far and a total of 558 so that puts me a little over halfway.  I still need to press them open. 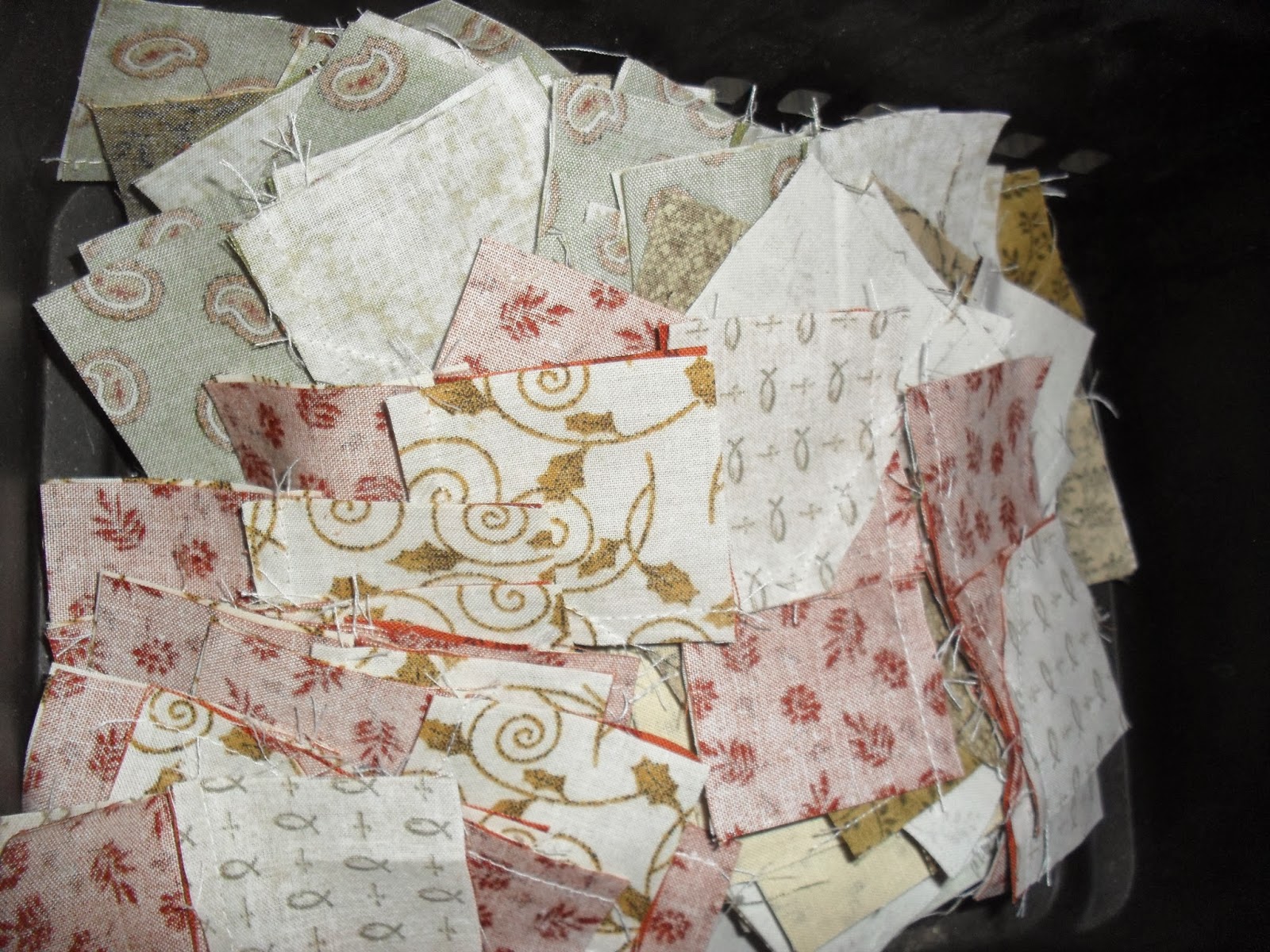 Last night I crocheted this Sashay ruffle scarf.  It didn't take me too long.  I'm anxious to wear it.  I have a dress that I would like to wear it with Sunday at Church.  I think I will make a few more of them as they don't take that long. 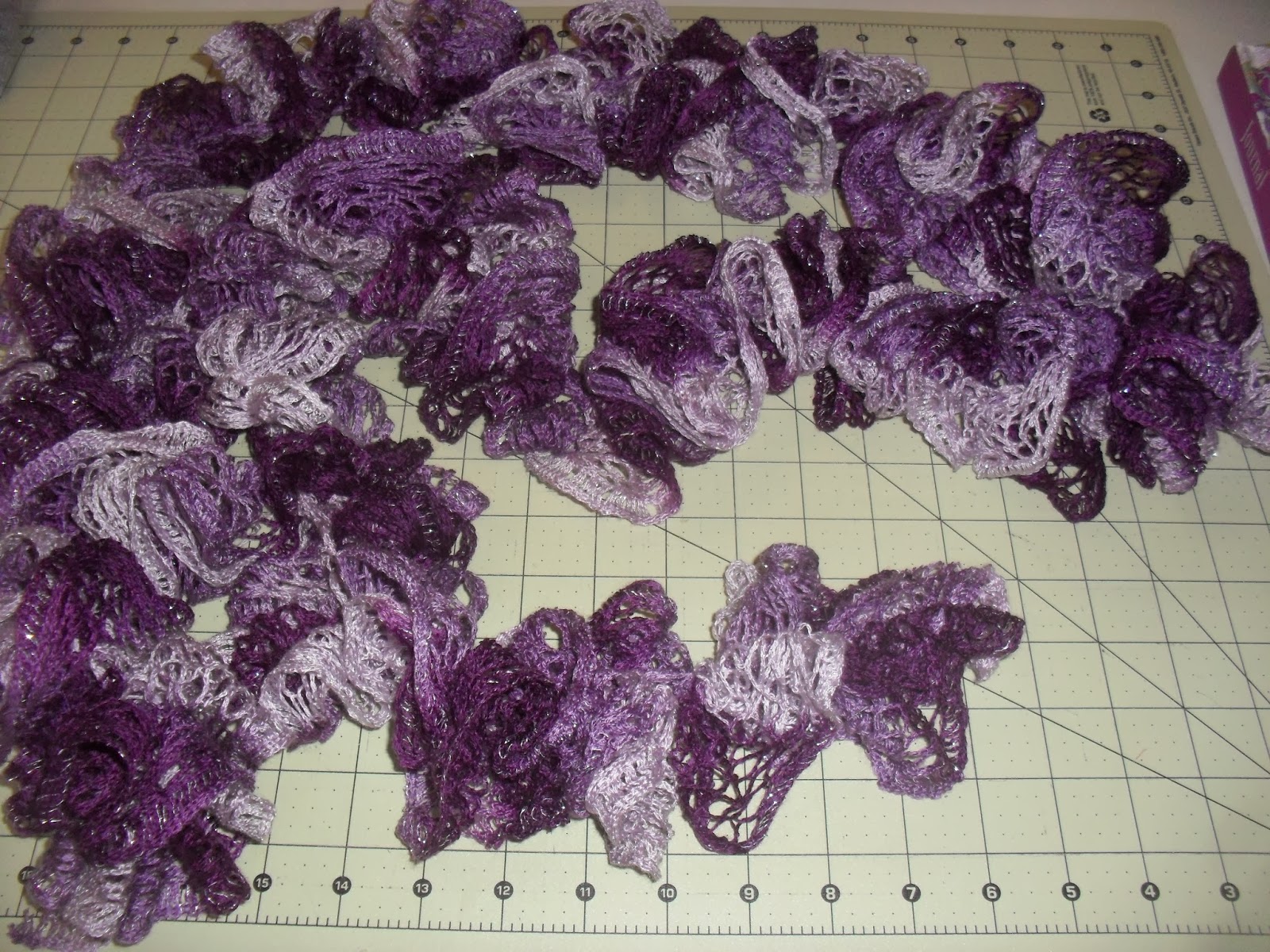 Going to try to get some sleep in a bit.  Richard is working tonight so I never sleep well when he is gone.  Mom is flying in tonight from work too.  Actually she landed a few hours ago and has about a 3 hour drive home.  I'm excited to see her.  I miss her when she is gone.
Kristie
Posted by Kristie at 1:16 AM 2 comments:

I am working on 3 of these quilts!  This is the beginning of 1 of 3.  It is called, Anchors Aweigh and the fabric line is Tula Pink's.  It is a big anchor.  One quilt is a commission quilt. The second is for mom, as I figured she would like it as she works on a tugboat on the Mississippi River.  The third quilt is for Andrew as he saw that I had it pulled up on the computer and wanted one too. 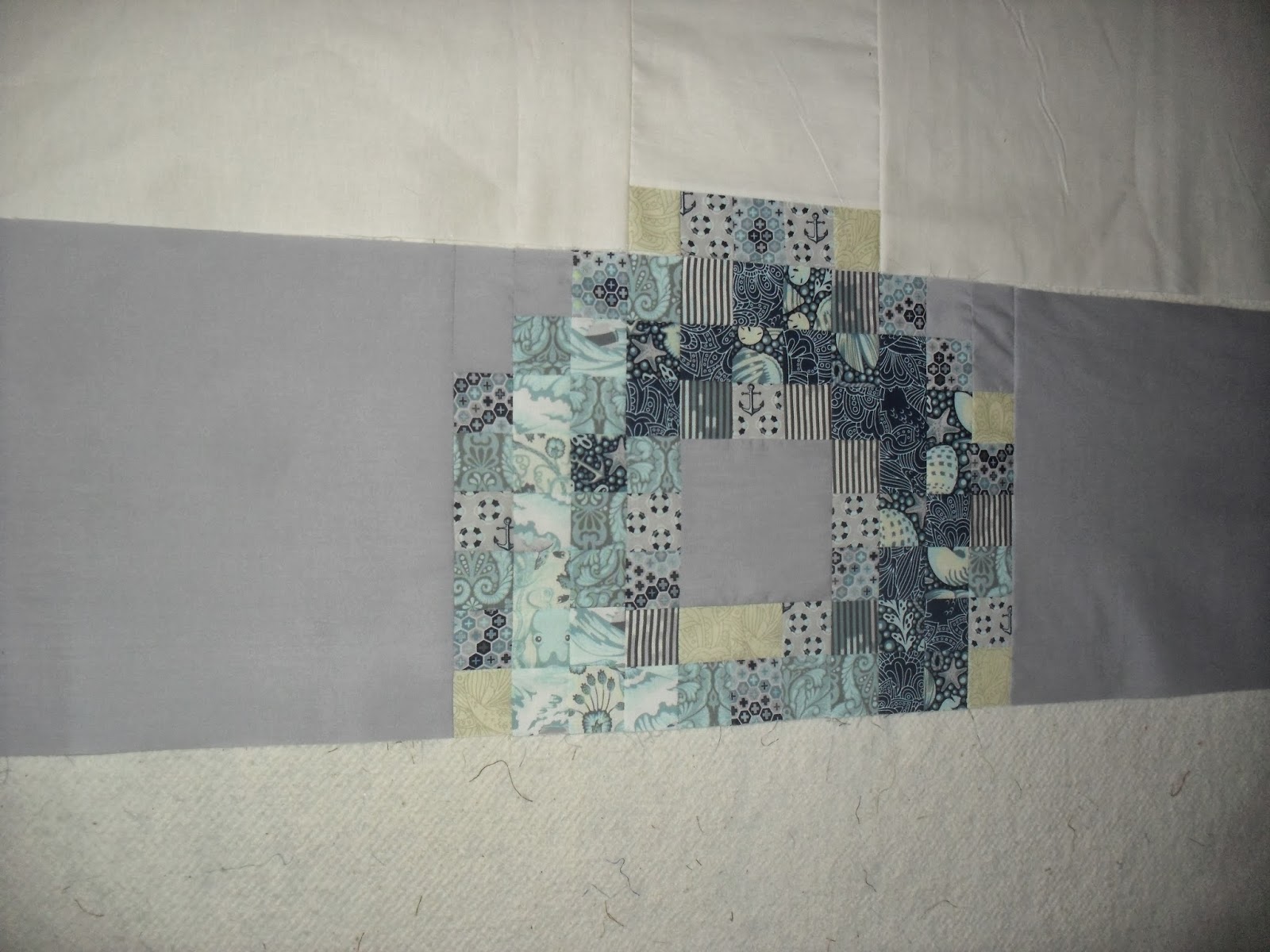 This is a little more modern than what I usually do and the fabrics are totally not what I usually work with, but I guess sometimes it is good to step out of the box.  I will do one at a time and not work on all three at once.  The good thing is that I have ALL 3 of them cut except for the background fabrics.

One day last week I made an apron!  :)  I think I will give this one to mom as she uses them on the boat as she cooks.  I had an apron that I liked the style but it was a child apron so I stretched it out over my fabric and just cut it out bigger.  It worked out great that way.  I have 3 more of them cut and I will probably just split them up between us both. 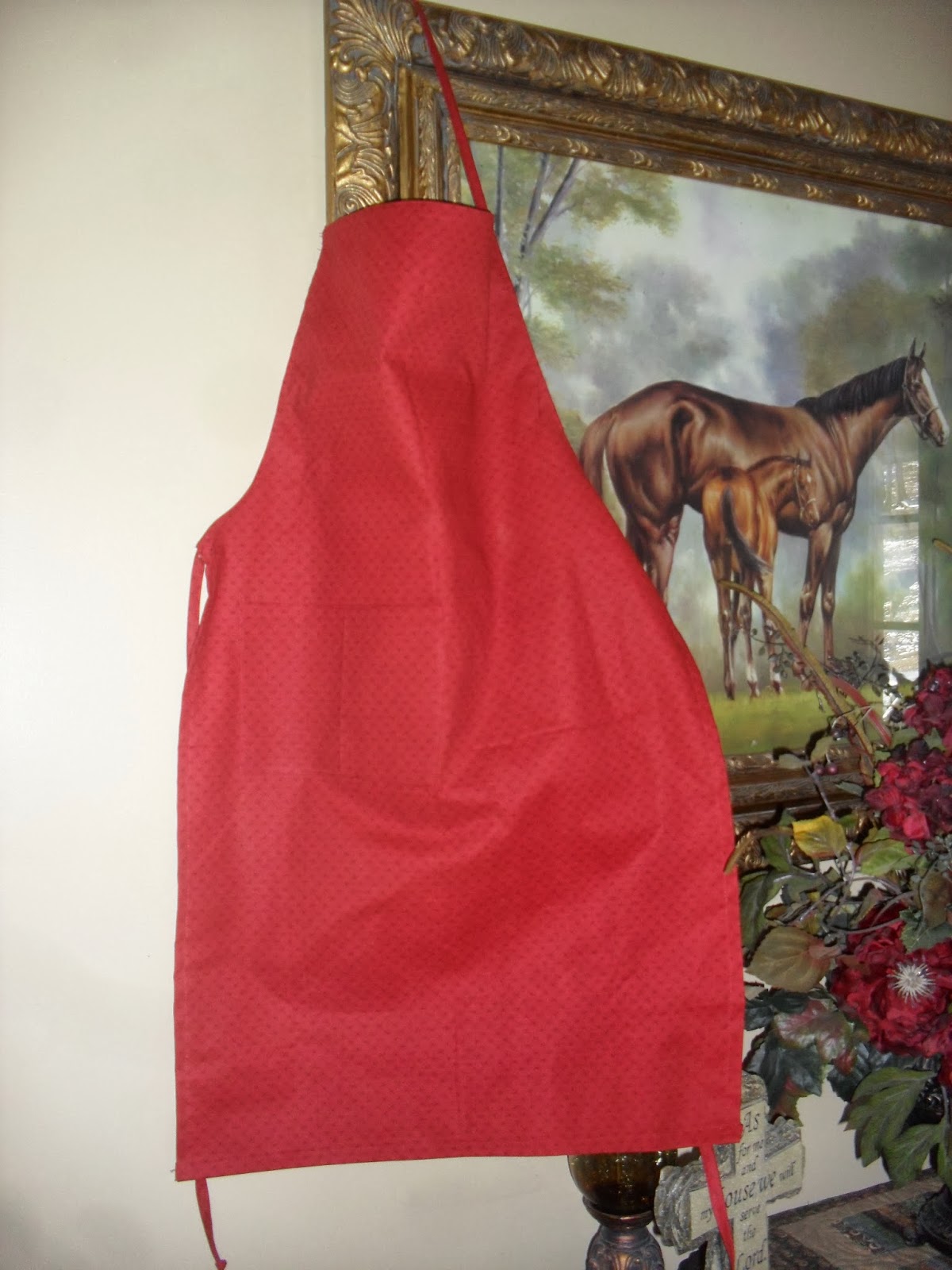 Hopefully tomorrow I can get a few more rows sewn together on this quilt.  Not like I can get out and do anything in all of this snow.  We have 9 inches, more or less.  This has been one of the worst winters that I can ever remember KY having in my 41 years.
Kristie 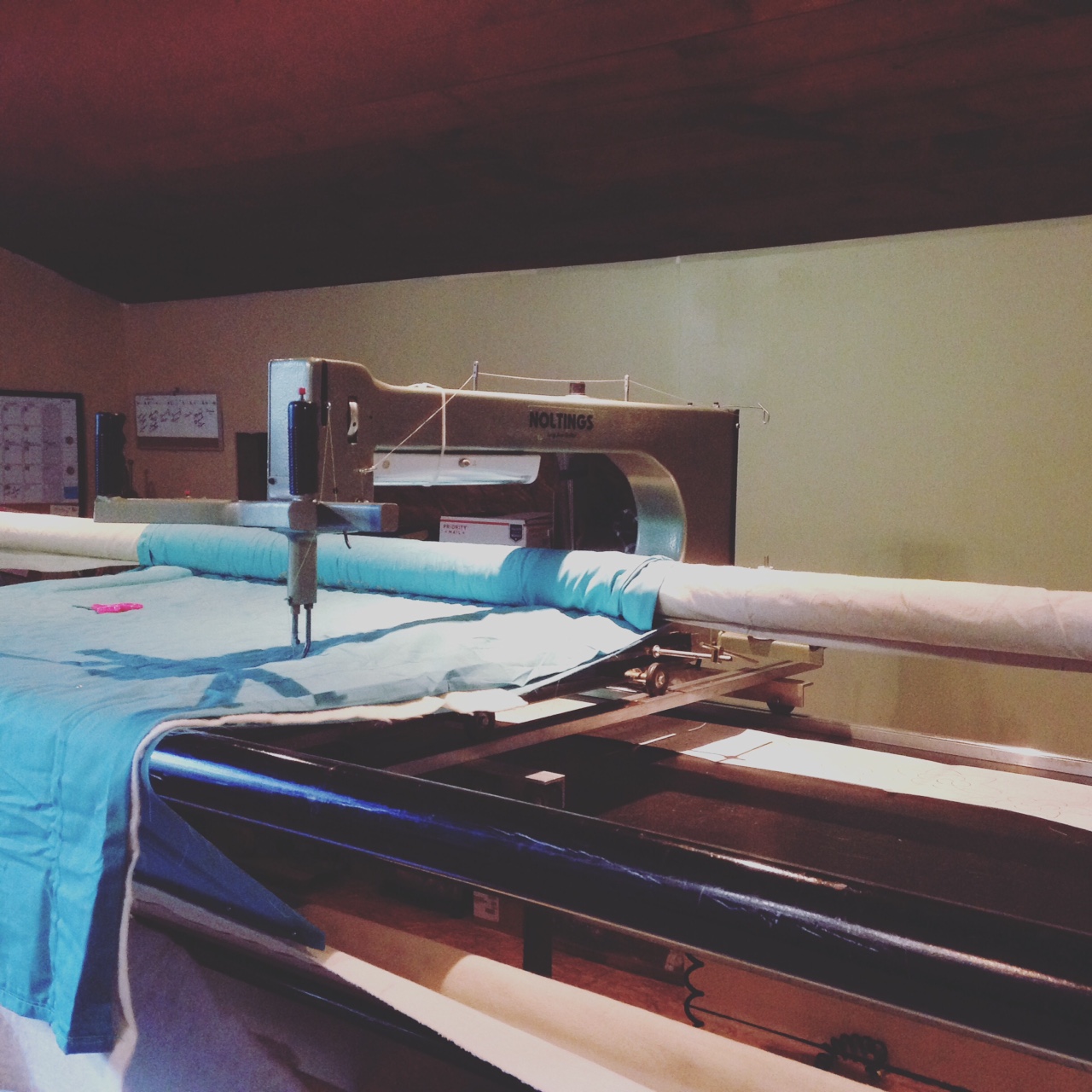 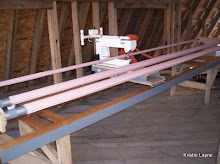 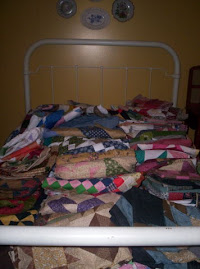